ORIGIN AND DESCRIPTION OF THE VARIETY

Lassik has been identified to have resistance to root knot-nematodes in potted studies but the economic benefit to subsequent susceptible crops in the rotation is unclear. 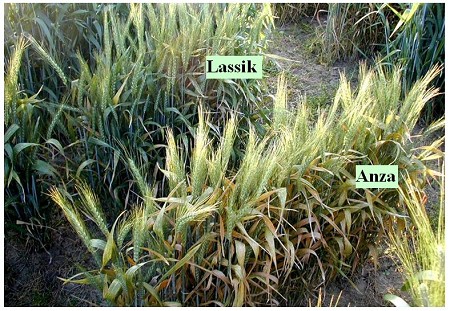 Table 1. Comparison between Lassik and Anza in % final stripe rust infection and its effect on yield. Anza yield numbers in red are significantly lower than those of Lassik grown in the same location. 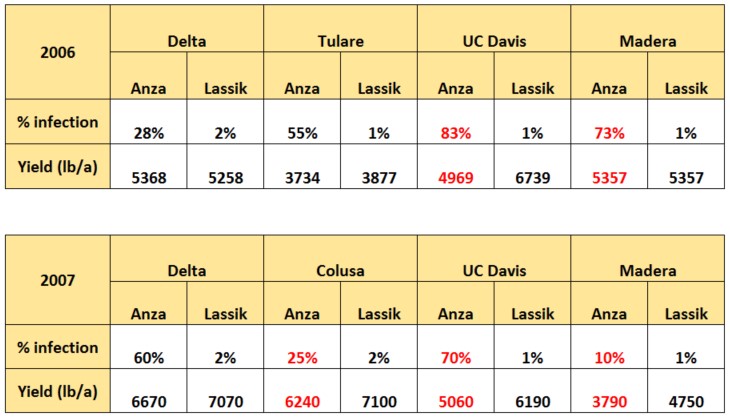 Lassik showed significantly higher yields than Anza in 2006 and 2007 (Table 1). Differences were particularly clear at locations with high levels of stripe rust infection, suggesting that the increased yield is related to Lassik improved stripe rust resistance. Yield data for 2006 and 2007 are summarized in Table 2 and Figure 2. 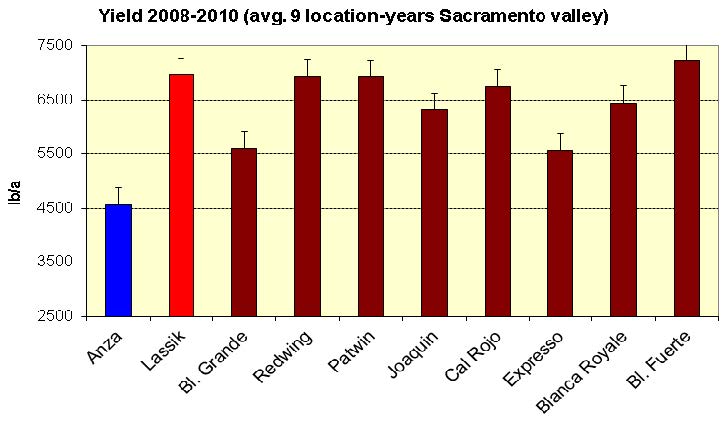 Detailed data description and statistical analyses for Lassik can be obtained at http://smallgrains.ucdavis.edu/.

Lassik Yield potential in WA: In the year 2011 Lassik was the top yielding variety in the WSU Hard Spring Wheat Trial in all four different precipitation zones. Detailed data description and statistical analyses for Lassik in WA can be obtained at http://variety.wsu.edu/2011/index.htm.

Table 2. Comparison between Anza and Lassik breadmaking quality. Data from 4 locations and two blocks per location. Numbers in red are significantly higher.

ALLOCATION OF SEED AND LICENSING

Foundation seed of Lassik is distributed by the University of California Foundation Seed Program to licensed brokers and seed houses twice annually, fall and spring. Offcycle requests are considered on a case-by-case basis.

To obtain information and/or a license for Lassik contact the University of California, UC Davis InnovationAccess: